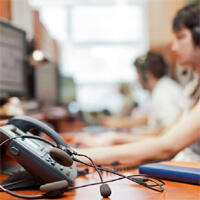 Legal director of Strata-g Labour Solutions, Advocate Tertius Wessels has cautioned that despite the Constitutional Court ruling on Temporary Employment Services (TES) of placed workers being deemed employees of the client, employees should not have an automatic expectation of being transferred onto the books of the client.

Wessels was citing a recent case handled at the Commission for Conciliation Mediation and Arbitration (CCMA) where the commissioner ruled against employees placed by a TES company seeking permanent contracts with the client company.

He said the commissioner had not deviated from the Constitutional Court’s judgement which states an employee who earns less than the stipulated threshold of R 205,433 annually and is contracted through a temporary employment service to a client for more than three months, is deemed to be employed by that client.

“The Commissioner accepted the existence of the triangular employment relationship and that the client company is the employees’ employer for the purposes of the Labour Relations Act (LRA), however, there is no requirement for the client to step into the shoes of the TES,” Wessels continues.

According to the South Africa Revenue Services income tax records, 474 161 employees show up as working for labour brokers. On average they earn 30% less than workers who are employed directly.

In 2014 the TES sub-sector accounted for close to 1.3 million jobs out of an overall 2 million, according to a Deloitte study.