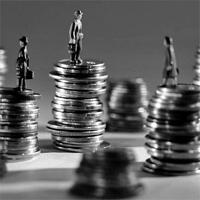 When it comes to expressing their discontent or demanding equal pay and rights in the workplace, women should not shy away or feel that they need to remain silent, says Roxanne Da Mata Gonçalves, Director at Strata-G Labour Solutions.

“The Employment Equity Act places emphasis on gender parity at the workplace. Although legislation denounces unfairness and promotes equality, in truth women are still getting paid less than men for doing the same job. This wage inequality is not only discriminatory, but it is also illegal. Employment Equity audits never consult on remuneration packages between men and women,” continues Da Mata Gonçalves.

Da Mata Gonçalves says transformation is about addressing the barriers which limit the integration and socio-economic development of designated groups, particularly women. But employers aren’t educated properly on how they should use their transformation and Broad-Based Black Economic Empowerment (B-BBEE) budgets to empower their current workforce, she explains.

“Transformation needs to go beyond simply placing women in roles previously occupied only by men. It also needs to confront the patriarchal preconceived ideas that men’s work and contributions matter more than those of women. We need to eradicate the mindset that when women demand fair treatment in the workplace, they are being abrasive and forward but when men do it, it’s viewed as a sign of leadership and power.”

She says women should learn how to negotiate and speak up for themselves. They should not settle when it comes to their remuneration packages. To cover the pay gap employers can aid women by activating clear performance-based incentives which are monitored quarterly.

Da Mata Gonçalves says the pay gap between employees is further exacerbated through racial bias, age, their level of education, and the fact that some women are taking time out of work to rear children.

“Working mothers who are often breadwinners of their homes tend to experience a particular bias from employers. Often these unscrupulous employers are willing to exploit these mothers’ desperation for an income and have a habit of paying them far less than what they are deserving of. Having taken time out from work to rear children, mothers’ skills are sometimes considered redundant,” Da Mata Gonçalves continues.

According to a United Nations study, when women work, they invest 90% of their income back into their families, compared with 35% for men, despite working mothers devoting more time than working fathers on average to housework, childcare and fewer hours to paid work.

“Organisations which employ working parents could have an in-house day-care centre to look after their children during the day. This won’t mitigate the wage gap, but it will offer working mothers’ peace of mind, allowing them to focus their energies on being productive.

“Organisations get away with paying women less due to the lack of enforcement from the government despite the legislation calling for gender parity. When Employment Equity audits are conducted, inspectors should not stop looking at what percentage of the designated groups are represented in the economic active population, but should also lead examinations for wage inequality between men and women,” Da Mata Gonçalves concludes.